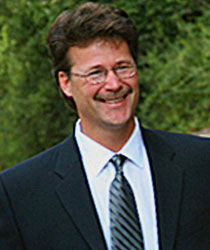 Dr. Brett Clifton received his dentistry degree from Loma Linda University in Loma Linda, CA in 1986. Prior to entering dentistry he graduated Walla Walla College in Washington State with a Bachelor of Science in Biology.

Although Brett has enjoyed his time in academics he has always considered his primary interest to be hands on dental care. He served as Faculty Sponsor and Clinical Supervisor for the Students International Mission Service for four years. He has been personally involved with providing dentistry overseas and in remote areas including Africa, Saipan, Guam, Mexico and Alaska.

In 2004 he began private practice in Grand Junction, Colorado where he is active in the “great outdoors” of Western Colorado with ATV’s, snowmobiling, wildlife and spending time with his family. 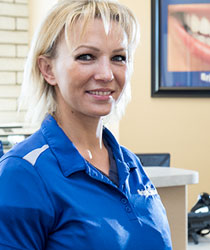 Claudia is our front desk specialist. She is here to make sure that you receive the maximum benefit from your insurance company, and to greet you with a warm smile. 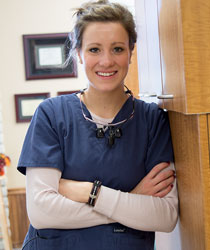 Valerie is out dental hygienist. Valerie strives to be gentle, thorough, and understanding of your concerns. She will have your smile looking bright as ever!